Shaykh-ul-Islam Dr Muhammad Tahir-ul-Qadri has said that the Muslim states are reluctant to fully implement Islam and it explains why the Muslim community has been trapped in an unending fall and degradation. The students and the youth, who played critical role in the freedom movement, need to repeat their role. Iqbal’s ideology and Quaid-e-Azam’s vision was subject to the Islamic teachings and the country they established conferred full rights on the minorities. ‘Today’s Pakistan where rights of the less privileged sections of society are trampled upon with abandon does not represent the dream of our founding fathers,’ he said.

Shaykh-ul-Islam Dr Muhammad Tahir-ul-Qadri said that the student community and youth would have to work with the same zeal and zest for the betterment of people of Pakistan. He expressed these views while delivering his keynote speech telephonically from Canada at a seminar organized jointly by MSM and MYL on the subject of “Thought of the Quaid and Today’s Pakistan’. The program was held in connection with the 134th birth anniversary of the Quaid-e-Azam Muhammad Ali Jinnah. Shaykh-ul-Islam Dr Muhammad Tahir-ul-Qadri said that the military dictators and power-hungry politicians violated the golden principles given by the Quaid-e-Azam to run Pakistan as a model state in the comity of nations. Pakistan’s predicament, he added, lay in the weak and personalized institutions and recurring violations of the Constitution. He regretted that Pakistan is far from being a democratic polity where ritual of elections has been considered as democracy. He said that due to long bouts of military and civilian dictators who ascended the throne to enrich themselves, the poor people have got alienated from the state. Today’s Pakistan does not inspire any hope for betterment and bright future.

Shaykh-ul-Islam Dr Muhammad Tahir-ul-Qadri said that unless all elements of national power sit together and do much-needed introspection, the national drift would continue to widen which we can ill-afford at this point in time as the country grapples with the menaces of terrorism and extremism. He called for rewriting a new social contract between the state and its citizenry to make Pakistan a true democratic and welfare state in line with the Quaid-e-Azam’s vision. He urged the youth to think out of box and play their due role in promotion of constructive attitudes and harmony in the society. 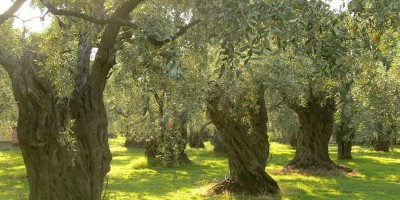 Every Pakistani must Plant a Tree (Tree plantation in Islam): Islamic Scholar Dr.Tahir-ul-Qadri

Shaykh-ul-Islam as said that if each Pakistani planted a tree, 170 million trees so plantedRead More

Every Month Members should Invite & Give Food to Poor & Needy : Dr.Tahir-ul-Qadri