Why Women get Half in Inheritance ?

Summary of the Clip:-

In Islam a woman has no financial obligation and the economical responsibility lies on the shoulders of the man. Before a woman is married it is the duty of the father or brother to look after the lodging, boarding, clothing and other financial requirements of the woman. After she is married it is the duty of the husband or the son. Islam holds the man financially responsible for fulfilling the needs of his family. In order to do be able to fulfill the responsibility the men get double the share of the inheritance. For example, if a man dies and after giving the shares of other relatives, if the children (i.e one son and one daughter) inherit Rs. One Hundred and Fifty Thousand, the son will inherit One Hundred Thousand rupees and the daughter only Fifty Thousand rupees. Out of the one hundred thousand which the son inherits, as his duty towards his family, he may have to spend on them almost the entire amount or say about eighty thousand and thus he has a small percentage of inheritance, say about twenty thousand, left for himself. On the other hand, the daughter, who inherits fifty thousand, is not bound to spend a single penny on anybody. She can keep the entire amount for herself. Would you prefer inheriting one hundred thousand rupees and spending eighty thousand from it, or inheriting fifty thousand rupees and having the entire amount to yourself? 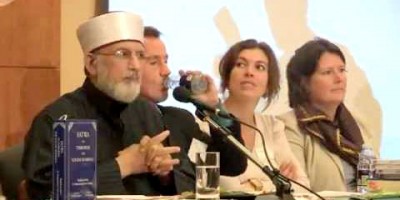 Why Women get Half in Inheritance ?

Video Clip Taken from Serial No: 76 Speech No: Hf-10 Dated on: MayRead More