Dr Tahir-ul-Qadri terms Danish media prejudiced for its criticism of Blasphemy Law Shaykh-ul-Islam Dr Muhammad Tahir-ul-Qadri, who is currently on tour of Denmark, has impressed upon the Danish media to learn as how to bear with other countries’ democracies and parliaments. He said that it was unjustifiably objecting to Blasphemy Law in Pakistan and turned a blind eye to the hundreds of hangings taking place for various crimes in Israel, USA, China, South Korea and many countries of the world. He said that as many as 400 people were hanged to death from 1976 to 2012 in the USA alone.

According to Directorate of Media of MQI, Dr Muhammad Tahir-ul-Qadri expressed these views while answering to various questions asked by the members of the media community in his interaction with them in Copenhagen today.

Defending the superior courts judges, Dr Tahir-ul-Qadri said that they were professional to the core and possessed integrity beyond any doubt. They always passed verdicts and upheld the cause of justice, fair play, by keeping the Islamic injunctions in view. He said that the courts were working in the right direction.

Dr Muhammad Tahir-ul-Qadri said that it was because of juristic vision, fearlessness and professional competence of the judges that not even a single hanging took place under the Blasphemy Law in 27 years. Those who were alleged of committing blasphemy were given benefit of doubt in such cases, which speaks volumes about the professionalism and competence of judges.

Dr Tahir-ul-Qadri asked the Danish media not to become champion of the entire world and that it should also look up Bible which also describes capital punishment as a punishment for committal of blasphemy. He said that the policy of double-speak should be shunned and uniform standard of justice and fair play should be applied to all countries.

« Economic Revolution by Quranic & Prophetic Tasawar not by Fiqhi or Legal Tasawur (Previous News)
(Next News) Tahir ul Qadri promises to defend Rimsha against all forms of judicial injustice ! » 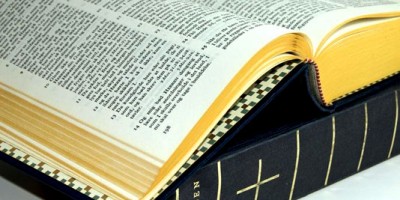